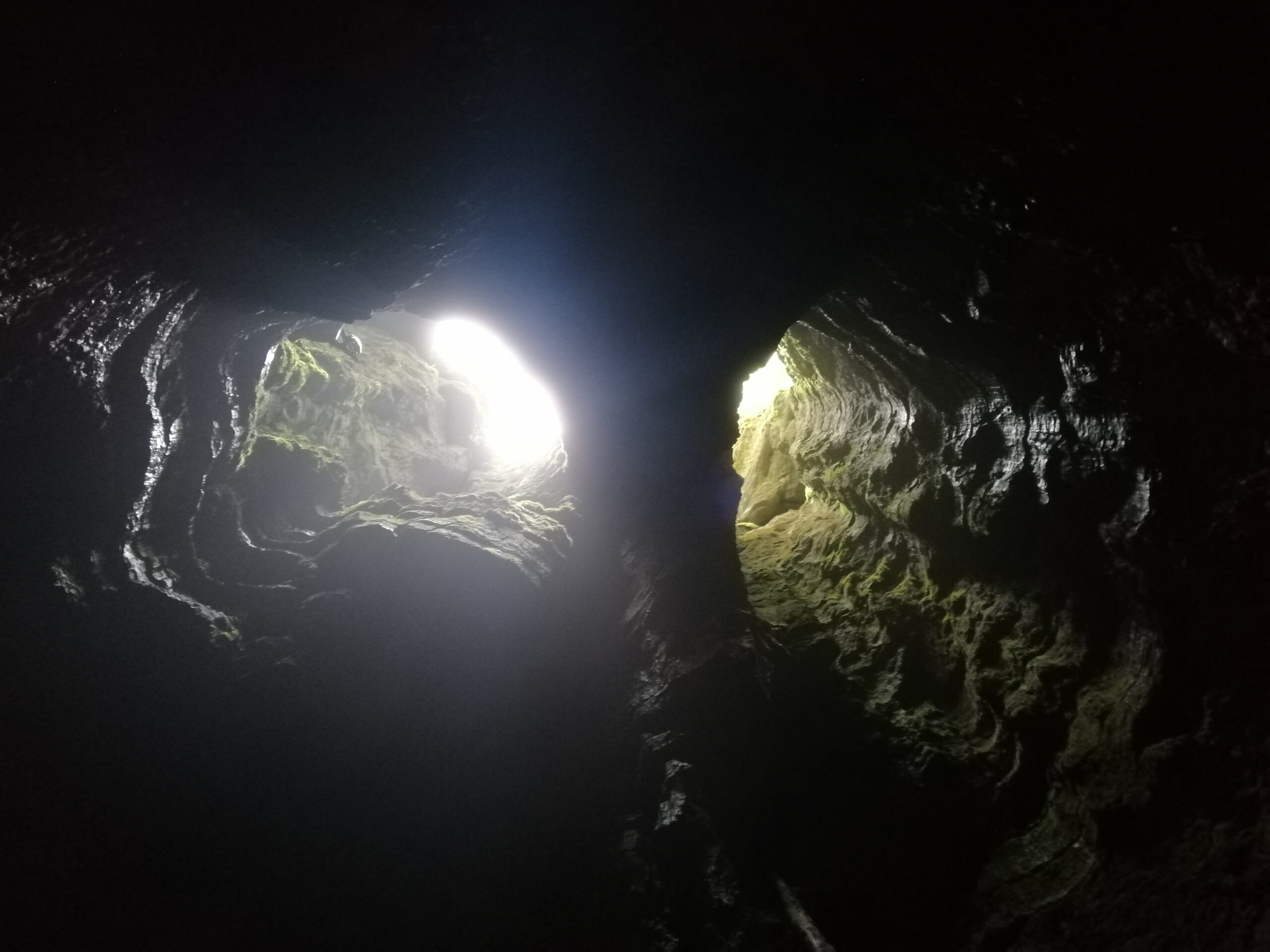 If you enjoyed an iced summer drink in Paris beginning 20th century, it was very likely to have ice cubes originating from Vallée de Joux in Switzerland. Until the 1940ies it was a common habit to cut huge ice cubes from the winter ice of the two lakes Lac de Joux and Lac Brenet. The ice cubes were stored under sawdust and blankets or other insulation material and then exported it by train to Paris in summer. The railway line in Vallée de Joux was built for that purpose mainly.

Another possibility to collect ice for exportation was in some of the ice caves in the region where there is ice all summer long. There are several underground glaciers in the area. The “Glacière de Monlési” is one of these ice caves. Ice in the cave is built in three ways, first of all through snowfall in winter into the holes connecting the glacier to the surface. Second, water which infiltrates the cave, and third through natural compression and expansion of air – the Joule-Thompson effect – letting water freeze in the spring and cooling further in summer. A natural refrigerator working all year long. 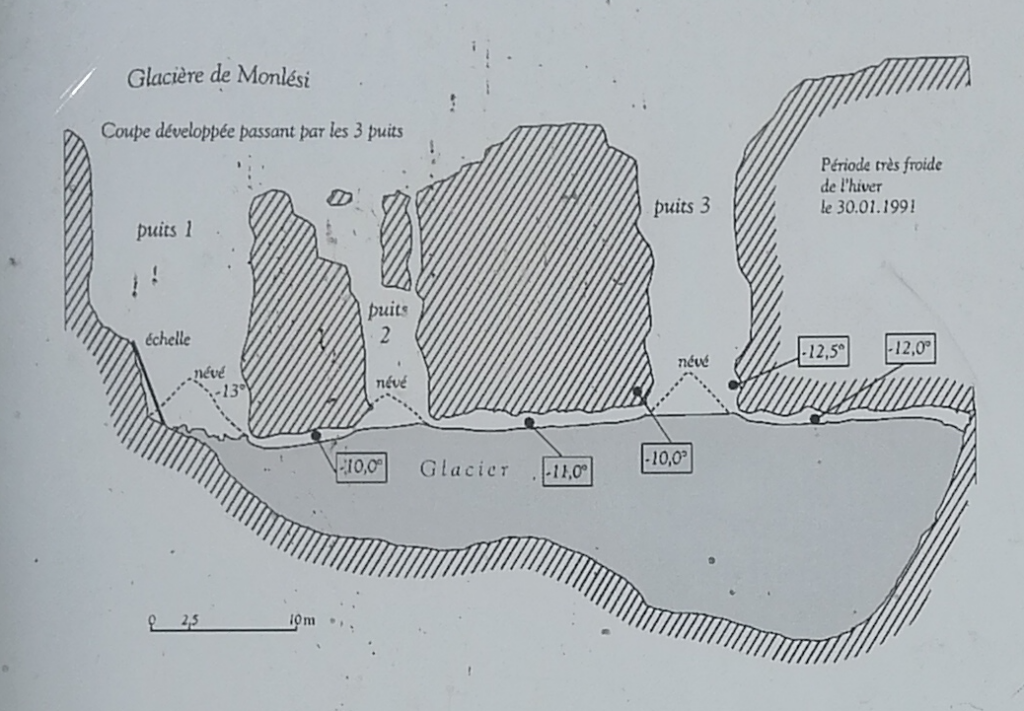 The Glacière de Monlési is relatively easy accessible on a short hike within Val de Travers just next to Vallée de Joux. There is a steep iron ladder going down to the ice. If you want to explore the cave further, it is advisable to bring crampons, harness, and rope. 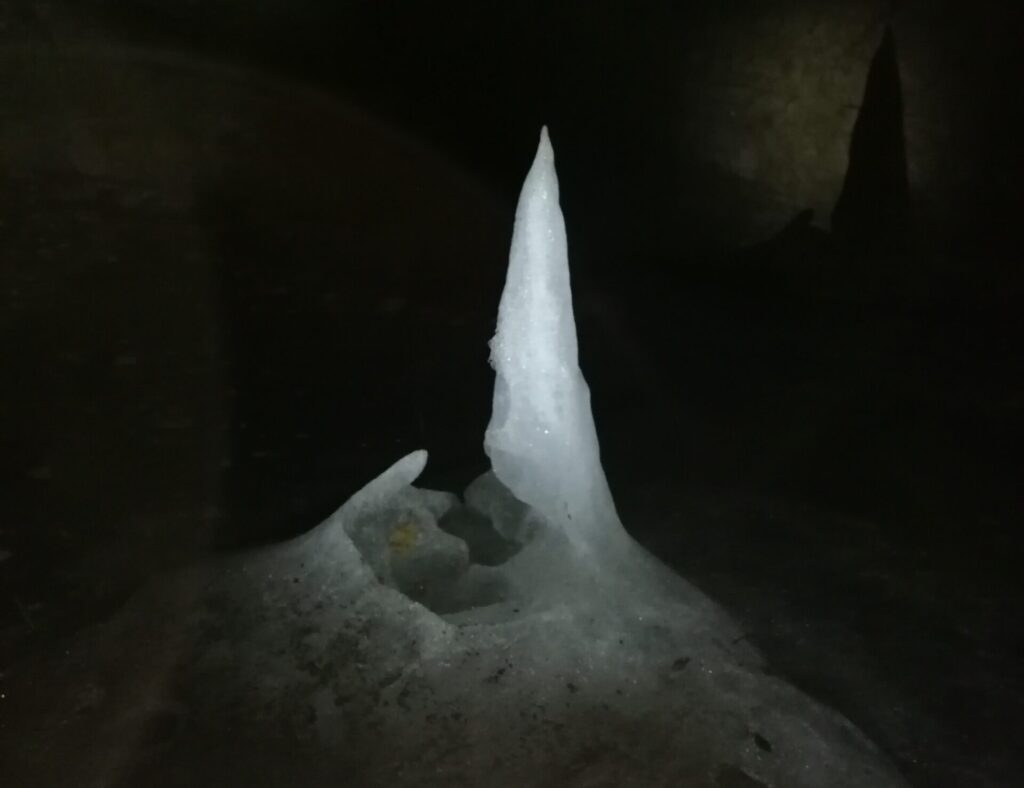 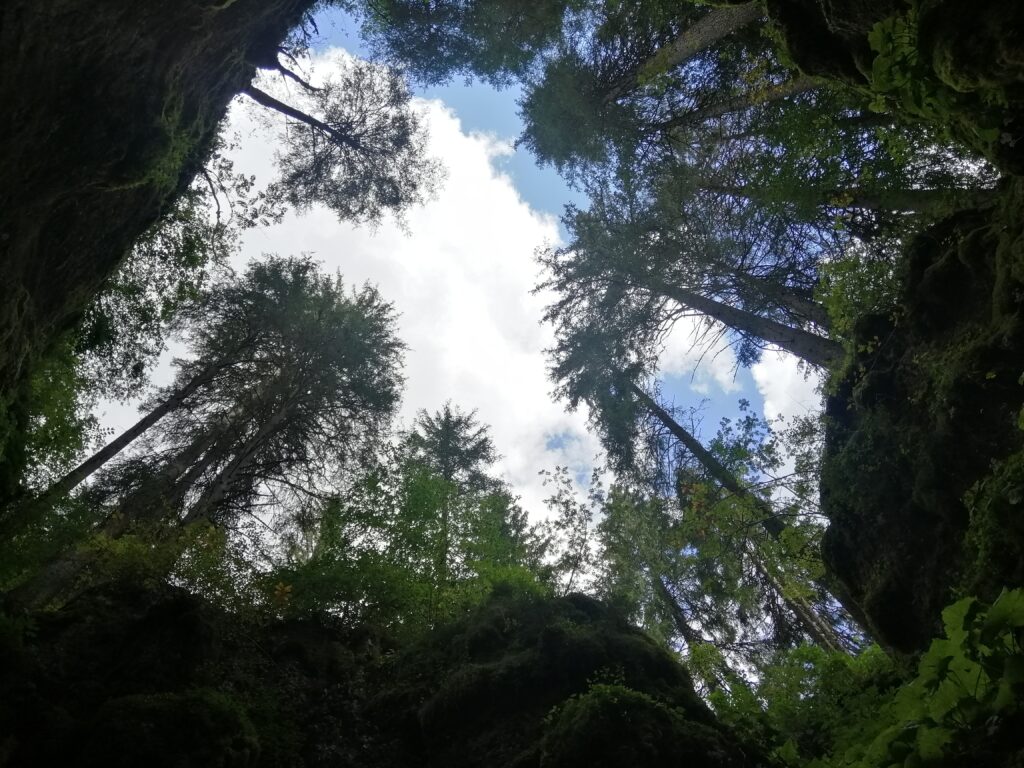